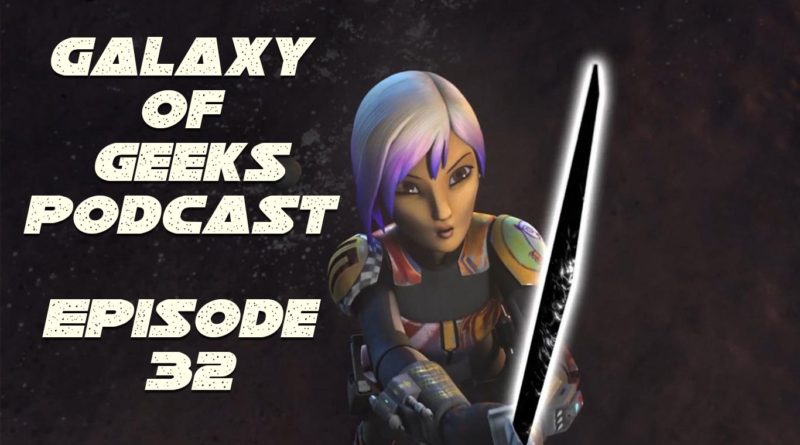 Episode 32 of the G.o.G. podcast finds Victor and Chris discussing all things Star Wars (shocker!).  They discuss the latest episode of “Rebels”  S3 Ep14 “Trials of the Darksaber” , Sabine’s emotions, and the Dark Saber itself. Other discussions include Star Wars Episode 8 “The Last Jedi”, the meaning behind the title and what it all means to the SW Universe. They also explore the possibility of casting of a new “Leia” and serve up of some qualified candidates.